It’s the end of the year 2018 (so we’re told) and yet again, it seems that it’s time to review some of the basics.  I am reviewing and re-editing some of my older articles that I feel are important for what is going on right now.  I originally wrote this article “Being Prepared?” back in April 2012.  I took the time to re-read it last week after the UnFuckIt Discussion, and I was struck by the memory of just how similar it “felt” back then as it does now, yet now it feels even more vitally important.  We have experienced some of the most bizarre events in the past year or so, and these events are ramping up to almost weekly occurrences.  Leaving me with the question: am I prepared?  So, this is yet another article that I’m brushing off and updating because it feels imperative that people comprehend that they need to be prepared for whatever the world is going to throw at us next.

NOTE: Our private membership site, UnfuckersUnite, has a massive document and ebook library and contains a huge amount of books and information on every aspect of “Being Prepared”, from first aid, to growing crops, to hunting and fishing, alternative energy, firearms, martial arts, and just about anything else you can think of in a SHTF situation.  These books are free to download to all UU Private Members

As I said in last nights Transpicuous News Report, I am not a negative person, nor a pessimist– far from it in fact.  But I am a Realist, and right now, the Realist in me says “Be Prepared”.At this moment, (December 2014)  the world of “Finance” “Economy” and Government idiocy is collapsing all around the globe.  I do not say this lightly.  After posting TN last night, I opened my Skype to 5 more news articles that point a very huge finger at just how close the collapse of the current financial system is. (and this has now risen to extreme levels in the last 6 months of 2018!)

I have written for years about the coming changes to the currently slavery financial system and ultimately it’s collapse.  I have also been talking about the fact that the “New” financial system that “they” are putting in to replace it, is just slavery 2.0 edition.  The battle is on at the moment to see which faction will get their agenda and system in place first. (think: RV, NESARA, and…. bitcoin?)  Not that it matters, as each one is just a variation of the slavery/fraud theme, which just puts a different face on who everyone thinks is in charge.  It doesn’t matter, one way or the other though, because in my opinion, even their “New” financial system will very quickly been seen for what it is and crash.  The re-phoenixing of the systems is NOT going to work.   Now, as I said in Transpicuous News last night, I do believe that there are those waiting in the wings for the final curtain call, people who are ready and able to pick up the broken pieces and actually FIX the problems that we are currently facing, but before that happens, I think we will have to seen the complete collapse of this fraudulent slave system in it’s entirety.

Which brings me to my point: BE PREPARED

What if the big banks- or even just your bank in your local town- goes bankrupt and suddenly shuts it’s doors?

What if the big banks close and there is a bank run (which is already been seen in several countries yet covered up by the main stream media)?What if there is a panic run when people can’t get their money, or just freak out about the whole situation?What if a “state of emergency” is enforced and you are stuck away from home? Or stuck at home?

None of these situations are impossible.  As a matter of fact, judging from what is being seen, I would say most of these situations are probable. At this very moment the “Big 5” in the US are completely bankrupt- hence the fact that they passed that lovely “bail out” clause in the US 2015 budget- “they” KNOW what is coming (and we’ve watched this continuous threat of “shutting down the American government” and their magical budgets that create money out of thin air and the massive distractions that they are using to keep people from questioning the falling stock markets and these magical budgets for 4 years now!!).  European banks are not any better off either.  As matter of fact, the European Union is on the verge of collapse all on it’s own, regardless of the global economic situation. (you may want to stock up on Yellow “caution” vests, just sayin’)

Are you Prepared?  Do you know where everything is that you might need? Do you have a meet up point prearranged with your family and friends just in case you need to leave your home?  These are important questions.

Many of my newer readers may not know it, but I use to be a hard core prepper.  Nick and I recognised back in 2001, then further in 2009, that the current “system” was failing and that it was our responsibility to look after our family.  We had spent years watching various government agencies dropping the ball during major emergencies and realised that we needed to be completely self sufficient.  This meant gathering knowledge because knowledge is the KEY to getting through any situation.  Over the course of several years I gathered an entire hard drive full of information, books, recordings, PDFs, manuals, and lists of resources.(These books and docs are now available in the UnFuckersUnite Library)  Then the realisation hit that to print out all of this information would comprise 10s of thousands of pages…. not exactly something you can carry with you in an emergency situation.  Which left the question of: POWER.  If you have an energy supply, then you always have the ability to charge batteries, to charge laptops, to have light and even heat and refrigeration.  But it comes down to having a power supply that is self sufficient, renewable/self recharging, and is transportable.  Do you have the “power”? If not, you may want to visit the “alternative energy” folder in the UnFuckersUnite Library for some pretty good information and instructions!

Even the US treasury Dept knows that shit is about to get real. 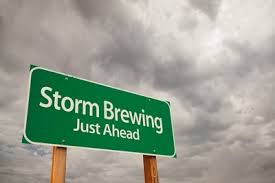 This is an article that I first posted in 2012.  It contains a massive amount of information and knowledge and covers a vast amount of topics.  Most of the information is in PDF format so they are easily downloadable, and stored on a hard/external drive.For me… I’m not going to wait around for anyone else to look after myself and my family.  I’m pretty independent that way- regardless of who the “savior” is that is suppose to be rescuing us all, lol.

I am my own damn savior. ‘Nuff said.

In the last year, we have had more natural disasters than any other year
in the past couple hundred years (or at least, since records have been
kept). Hurricanes, tornadoes, floods, earth quakes, wild fires,
droughts. If you don’t want to think about the economic crisis that is
raging around the world, or believe the reports of the massive arrests
and changes that are about to happen…. fine. Don’t. Instead, think
about the natural disasters that could strike. Instead, prepare your
family in case of a natural disaster. Do you have enough food and water
for your family to survive for 3 days or more? Do you have a way to cook
your food without electricity? Do you have a way to keep your family
warm without natural gas? If a disaster strikes and you are forced to
flee from your home (think: house fire, earth quake, flooding,….) can
you get everything you need and get out- in 2 minutes or less? Where are
your important papers? Do you have warm clothing ready? Do you have
food you can take with you? What about your pets? What about your
memories- photos etc? Do you have an emergency meet up place planned
just in case your family is at different locations when you need to “bug
out” – if you or your partner is at work, how will you find each
other?
Review this doc from the USNA about natural disasters;
http://www.usna.edu/FamilyServices/NaturalDisasters.pdf
Review info about creating an emergency plan and an emergency kit:
http://www.getprepared.gc.ca/knw/plan/plan-eng.aspx
Remember Katrina- hundreds of people DIED because they were not prepared and
just thought that the government would take care of them…. we all know
what a mess the US gov. made of that emergency. Do NOT assume that
someone else will “take care of it” or that your local government will
look after you. YOU need to be responsible for YOUR family. Keeping your
head in the sand and ignoring the potential dangers is risking the
lives of your family. Being Prepared doesn’t have to take lots of money.
Being Prepared doesn’t have to take a huge amount of time.  But being
prepared can save your life.

Here’s some food for thought:

http://www.offthegridnews.com/2012/01/02/being-prepared-in-an-unprepared-world/
http://theepicenter.com/howto.html
Here’s one of my favorite articles of all time about disaster preparations…. who said the CDC doesn’t have a sense of humor?!
http://blogs.cdc.gov/publichealthmatters/2011/05/preparedness-101-zombie-apocalypse/
This site is an excellent place to get great “how to” instructions- for
everything from building a shelter, filtering water, lighting a fire,
making a survival kit, making solar ovens and dehydrators….. you name
it- it’s in here:http://www.instructables.com/

Here is a huge list of E-Books that have excellent info that can be saved on an external drive or printed off for emergency reference:

Canadian Firearms Safety Course
https://docs.google.com/viewer?a=v&pid=explorer&chrome=true&srcid=0B6JZXSOBYRfrOGE2MDNkMDUtODhmZS00NzE0LWEzZmMtYWRlN2M2NDkzZTcx&hl=en_US
Canadian Restricted Firearms Safety Course
https://docs.google.com/viewer?a=v&pid=explorer&chrome=true&srcid=0B6JZXSOBYRfrZDc2MDJiMzEtMGUxZS00N2FmLTk1ODUtYzM3MDQ4ODI1NDBi&hl=en_US
The Gun Owner’s Handbook: A Complete Guide to Maintaining and Repairing Your Firearms–in the Field Or at Your Workbench

especially “Where there is no doctor” and “A book for midwives”

Be Expert with Map and Compass
https://books.google.co.ma/books?id=99ZoWmmGXQQC&printsec=frontcover&dq=map+and+compass+navigation&hl=en&sa=X&ei=NH6VVP6fCpDSaMzigbgC&ved=0CCgQ6AEwAg#v=onepage&q=map%20and%20compass%20navigation&f=false
Finding Your Way Without Map or Compass
https://books.google.co.ma/books?id=r7XDAgAAQBAJ&printsec=frontcover&dq=map+and+compass+navigation&hl=en&sa=X&ei=NH6VVP6fCpDSaMzigbgC&ved=0CDsQ6AEwBQ#v=onepage&q=map%20and%20compass%20navigation&f=false

The Craft of the Knot: From Fishing Knots to Bowlines and Bends, a PracticalGuide
https://books.google.co.ma/books?id=_rhjEthgVrUC&printsec=frontcover&dq=knot+tying&hl=en&sa=X&ei=WH6VVNLPH8noas2TgMAN&ved=0CEEQ6AEwBw#v=onepage&q=knot%20tying&f=false
Fishing For Dummies

A Survival Guide for Truck Drivers: Tips from the Trenches
https://books.google.co.ma/books?id=cQ-8ObAiI7oC&pg=PA34&dq=guide+to+CB+communication&hl=en&sa=X&ei=5n2VVI-HKdHlasDbgKgO&ved=0CCwQ6AEwAw#v=onepage&q=guide%20to%20CB%20communication&f=false

http://freeonlinebookstore.org/B-161175.html#
this is a search engine to find free downloadable books
http://www.equipped.com/fm21-76.htm
June 1992-
U.S. Army Survival Manual FM 21-76
This
is an excellent page with numerous links to downloadable info on
foraging, herbals, survival, canning and preserving, making fuel, …. the list goes on and on!
http://12160.info/profiles/blogs/survival-books-free-downloads
An excellent resource for solar anything- with links to many “how To” sites- definitely one to bookmark
http://www.builditsolar.com/index.htm

I find it interesting that NASA has their own “Preparedness” site, eh?